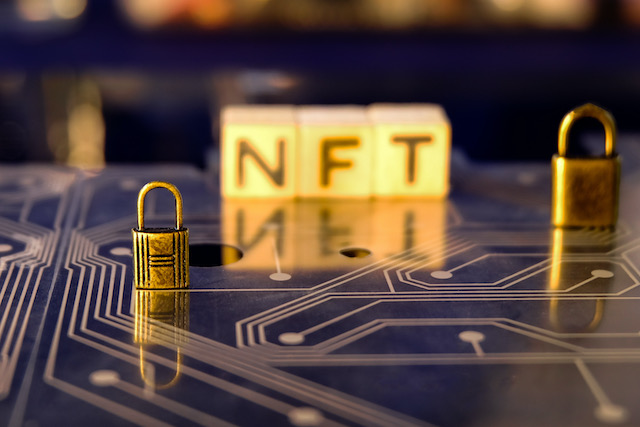 After the scandal about the sale of inferior masks, there is a new affair around Fynn Kliemann. The allegations relate to a recent NFT sale of the artist. Kliemann should not have adhered to its own auction conditions. Now there is a threat of claims for damages. Meanwhile, the all-rounder speaks of a conspiracy against him. And sees himself in the sights of a “woken left scene”.

The hype surrounding non-fungible tokens (non-exchangeable tokens) is being pushed, especially in the artist scene. Especially in the communication with the fans and in their involvement there are huge opportunities. Thus, there is the possibility of one-time fan actions and previously difficult to imagine participation in the life of the artist. The most diverse actions have already been able to achieve great success here.

The artist and entrepreneur Fynn Kliemann also wanted to profit from this hype.

Together with producer Philipp Schwär, Kliemann worked for several weeks. The two did not create a new album, but 100 strictly limited jingles. These jingles were produced on the Ethereum platform and should be auctioned as JingleBes.

The NFT auction caused confusion even before the start. Even before the start of the official auction, the top dog among the labels, Universal Music, offered $ 15,000 for the jingles. Meanwhile, the bland aftertaste comes from the fact that a big label wants to shift between artist and fan. This is exactly what blockchain technology and ideas such as NFTs want to circumvent. A third party should no longer earn money and the fans should be able to get closer to the artist. However, this “hostile takeover” ultimately did not take place.

Kliemann and Schwär came up with the idea of wrapping emotions in music. A jingle was dedicated to each feeling. Fans, investors and art lovers should then receive a suitable melody for each emotion, including animated artwork.

This was followed by the auction of the jingles in March. Around 250,000 euros were offered. Curiously, someone named Jan Böhmermann bought a total of seven of the 100 “works of art” on offer at auction.

Whoever troll pretended to be first Universal Music and then Jan Böhmermann: Kudos! Have fun with 7 JingleBes LOVE IT 🚀🚀🚀 https://t.co/9lp9IemXUZ

The “right” Böhmermann was responsible for the publications around the mask affair of Kliemann.

In this NFT auction, the bidder who has placed the highest bid by the end of the auction phase should receive the contract, i.e. the NFT. Now it turned out that Kliemann probably bypassed his own specifications. In some cases, he significantly exceeded the auction time, so that individual bidders were outbid.

According to reports by the ARD platform Kontraste, the participants were cheated in at least 84 cases (for 100 objects, that is, for 84% of all sales). By bypassing the originally planned framework, an additional turnover of 68,000 euros could probably be generated.

Claims for damages against Kliemann

The action could have a follow-up for the artist. According to current legal assessments, claims for damages could be asserted. All those who were wrongly left empty-handed at the auction can probably make corresponding claims for compensation.

Once again, it can be clearly stated that the artist and entrepreneur did not act very conscientiously. Apologies followed, but a solution to the problem is still pending. Again, it’s about a lot of money and some kind of fraud of customers.

Basically, the idea and implementation of the NFT sale showed in a great direction. The artist wanted to give his fans and investors the opportunity to participate in the success or to be part of the “Kliemannland”. The influencer and entrepreneur is known for being broad-based. But now, for the second time in this country, a rather unfavorable entrepreneurial action is taking place. Again Kliemann is criticized for having cheated his customers or customers. It scratches the image. In addition, the entrepreneur sees himself as a victim of a conspiracy and thinks that he is being targeted. How deep the scratches on the image and ego will be, the near future will show. The fact is that some well-known personalities, but also fans go at a distance from the artist.

The NFT idea describes a great technical branch of the blockchain. In addition to the field of art, the technology can also be used for other purposes, such as non-falsifiable identity documents or in the real estate industry as a substitute for land register entries. But behind every hype there is also danger. The affair with Fynn Kliemann shows exactly that. In recent months, not only NFT scams have been carried out, but also the largest NFT exchange OpenSea has been hacked. In addition to the opportunities, the risks must also be considered here. And not every “NFT work of art” will eventually be worth millions. This must never be forgotten at this point.

And especially in uncertain times it is recommended to “bet on safe horses”. If you also want to buy cryptocurrencies and want to get into ETH or Bitcoin, the right time has just come, because the market is as deep as it has not been for a long time.

Is there another Ethereum price decline before the merge?