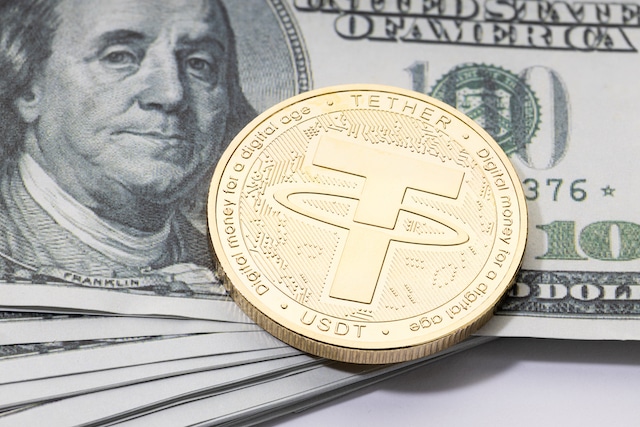 The debacle surrounding Terra Luna and its stablecoin UST has hit the crypto industry hard. The stablecoin Tether (USDT), which was founded on the Ethereum platform and is the largest stablecoin in terms of market capitalization, is also under pressure. The current problems around stablecoins show the vulnerabilities of the crypto industry. Insufficient liquidity coverage often plays a role in this. Meanwhile, the operators of Terra Labs in the USA are facing a wave of lawsuits. And Tether loses its 1:1 US dollar coverage for a short time. Now hurdles have to be overcome that can have a positive effect on the market.

Stablecoins using the example of Tether

What is Tether? All Tether tokens (USD₮) are linked to a corresponding fiat currency in a ratio of 1:1 and are 100% covered by the tether reserves. According to its own information, the company publishes a daily record of the current total assets and reserves. These reserves, in turn, are designed to ensure a stable rate from one tether to one US dollar. In the past, the necessary coverage of the issued USDT has been repeatedly criticized. It is not clear whether and how the total market capitalization of around $ 68 billion is covered. But despite temporary deviation, the stablecoin maintains the bond to the US dollar.

One month after the crash of the stablecoin UST, the industry is talking about a targeted measure. This should make the weak points of stablecoins and thus of cryptocurrencies clear. There is still no clarity about who is responsible for the “attack”. But the process can be traced and thus provide clarity about the functionality of the 1: 1 coverage.

Chainalysis has examined the process in detail. According to this, on May 7, Terraform Labs (that is, the company behind the stablecoin UST) itself moved 150 million UST away from a decentralized exchange. Subsequently, two unknown traders first exchanged 85 million UST and then 100 million UST for USDC. The company had to react and deduct further VAT from the pool in order to keep the balance. The company is investing around 2 billion US dollars to regain the bond to the dollar. However, all measures to stabilize the course did not help. Billions of LUNA were also produced to compensate for the decline in the price of the stablecoin UST. The associated inflation of the coin then also caused the crash of the token ecosystem.

Various players in the market now assume that the collapse of Terra Luna and its stablecoin UST was a targeted attack. It can be said with horror that probably assets worth 4 billion US dollars were enough to bring the ecosystem of Terraform Labs to its knees. The algorithmic stablecoin UST provided the ingenious basic framework for every blockchain enthusiast. Automated stabilization measures increase decentralization. This eliminates the control of a central instance, as is the case, for example, with Tether. But the events also show that the idea was not yet perfectly mature. The adequate collateralization of the projects therefore seems indispensable. However, the DAI token that has evolved from the MakerDAO shows that algorithmic stablecoins with over-secured properties can also exist.

The need for regulation

Meanwhile, Terraform Labs is facing a wave of lawsuits in the USA. The indictment accuses the defendants of making misleading investment promises to investors. In this context, of course, the guardians of the securities come to the screen. The number of those who demand regulation of the market is increasing. In particular, the regulation of stablecoins seems to be experiencing a certain urgency here. And even if the Terra accusers claim that the former LUNA coins (meanwhile referred to as LUNC) were securities, regulation seems to be taking a different direction. According to the latest publications, it is not the widely cited SEC (responsible for securities), but the CFTC that should be responsible for regulation. According to this, cryptocurrencies would be recognized as goods and, accordingly, embedded in the legal system.

Crises in the crypto industry can have a strengthening effect for the future. Targeted attacks can indicate vulnerabilities. Large losses for investors bring regulators into play. Such incidents, such as the downfall of LUNA and its stablecoin, cause displeasure, especially for all those who were directly invested in the projects. But the missteps can help to raise the market with its opportunities and risks to a new, better level. By regulating the industry, institutional investors who are dependent on such regulations could enter the asset class of cryptocurrencies. This, in turn, would entail a massive adaptation.

Stablecoins show the vulnerabilities of the crypto industry? For sure! Meanwhile, the current price losses in the industry must be seen on the one hand as a healthy normalization and on the other hand as a brilliant investment opportunity. So it seems to be the perfect time to buy cryptocurrencies.